Lately, I’ve been really busy editing photos and booking photo shoots for the next few weeks so I haven’t really been able to work on some of my plans for the holiday season. As I was wrapping up some wedding photos, I got a phone call from a number that I didn’t recognize.

The gentleman on the other end of the line mentioned that I took a photo of him at a previous event and asked if I can photograph a surprise proposal to his girlfriend. I thought to myself “Of course”. And to make it better, it was going to take place in my neighbourhood. Amazing.

A couple of days later, I received a phone call from that same number saying that he was going to go with a videographer instead of a photographer. I was disappointed but I understood his viewpoint and hey, it’s his moment, not mine.

I had a couple of events lined up to photograph on the weekend and I had thought to myself, “Maybe I’ll call him back and see if I can shoot a couple pics.” The video component is great, but with me taking pictures, I can give him and his lady almost instant results for images that they can post on their social media or email family and friends overseas.

I called him up and he agreed with me coming to cover his proposal so everything was back on. When I arrived, I saw that Joe the videographer from Fedora Films was all good to go and doing sound checks to make sure everything was perfect. I brought my old phone with me to do a brief video for my social media but I wasn’t able to connect my Bluetooth remote to it so I had to use my current phone. Everything was set, I did some metering so I knew the photos would be properly exposed so we were all set.

The lady of the hour arrived in her car and saw the love of her life and started laughing at what she saw, purple flower petals on the floor, music playing. Granted, I didn’t know these people but I could tell that there was definitely love between them just by her reaction to seeing him and listening to his wedding proposal speech. I had to move my tripod with my phone into a better position and more importantly, move myself to prepare for the big moment. As he was about to go on one knee, someone called my phone. My ringer was off, but it’s interrupting my video. I Hit “decline” frantically. So much so, that the tripod toppled over.  I got it back upright and managed to save the shot. You can view the video on my Instagram page @degreyphoto

Everything turned out great, she said yes, I met a beautiful new couple and I’ve met a potential video partner for future projects. It was a cold, but a fabulous way to start my Sunday. 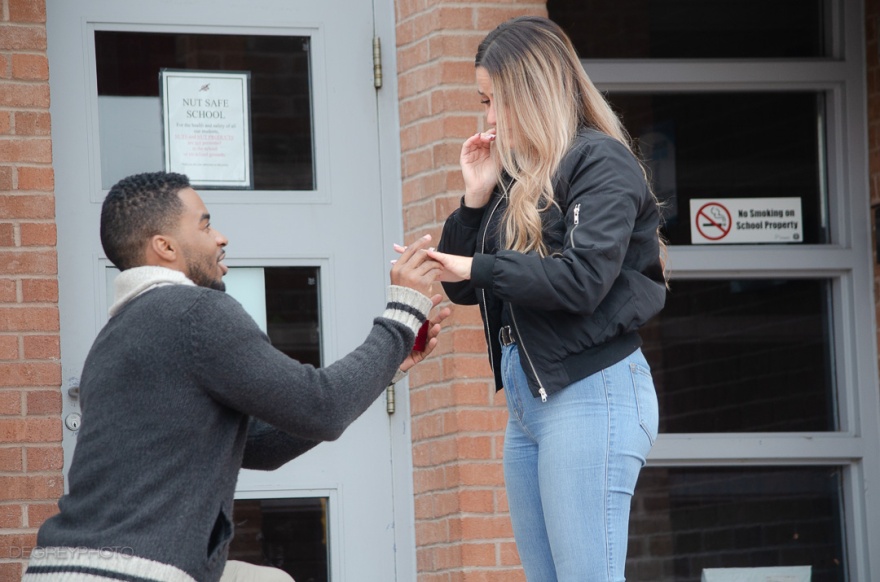 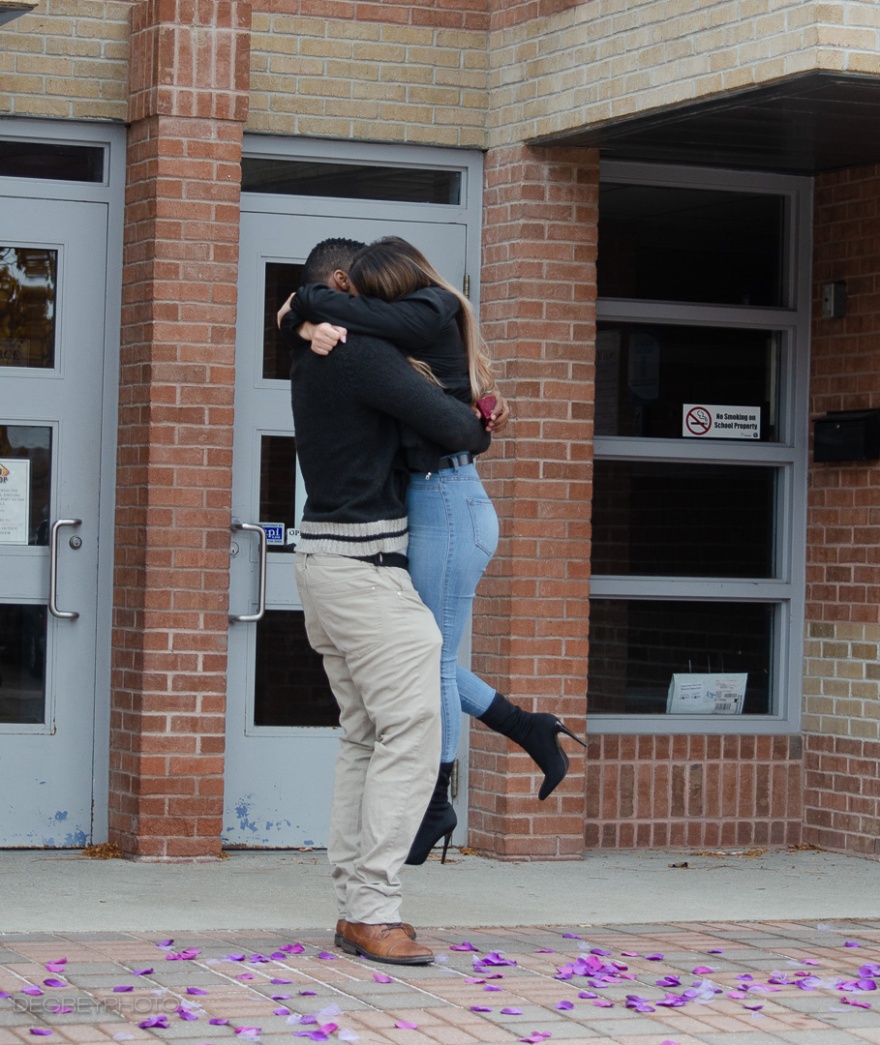 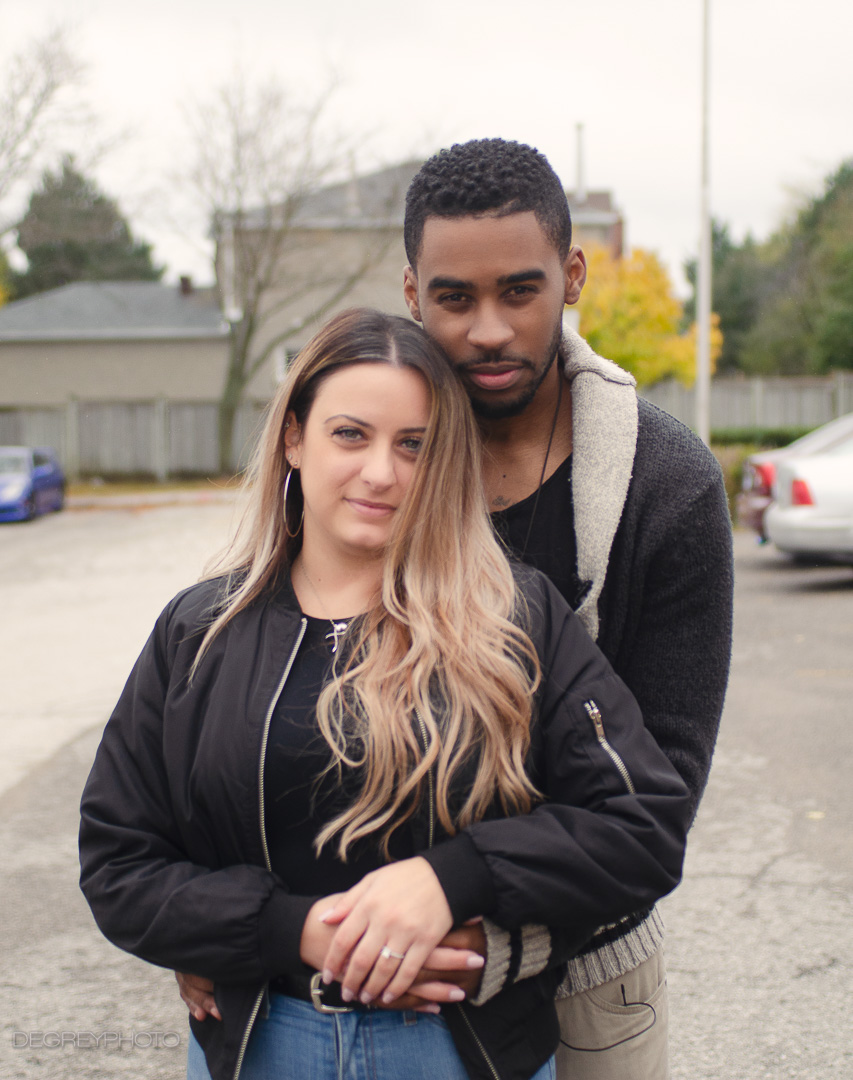