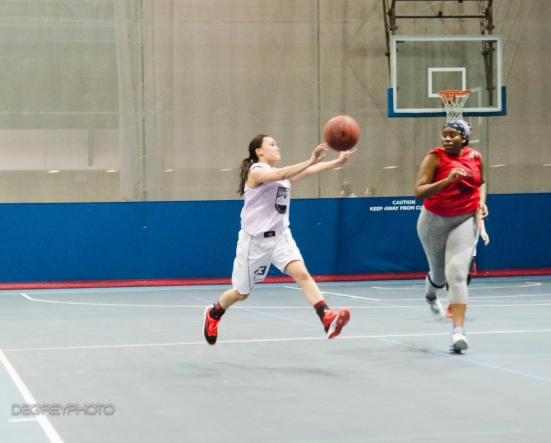 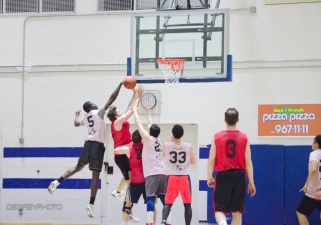 I was honoured to be asked to be a photographer for a local charity basketball tournament at the University of Toronto called “Bay St. Hoops“. This is my second time covering this great charity and being a part of two things that I love, Photography and basketball.

When I did this event last year, I wasn’t really prepared since it was pretty last minute. Also, the tournament took place at 5 different ball courts and 3 different lighting conditions which made it a bit of a challenge. This year, I covered two days of the tournament and got used to the lighting and was more prepared and I think the photos from this year compared to last year show that.

What makes this tournament interesting to me is the skill level. You had novices in a division participating up to the highly competitive player that you can tell have experience playing at high levels competitively and are active ballplayers. Sometimes I would have to put down my camera and just watch because some of the games were captivating. I even covered a buzzer beater shot to win a critical semi-final game.

It was a tremendous event once again. This year was better than last year in my opinion and I bet it’ll only get better. I’ve met some amazing people over the two years that I’ve covered this event and some I still keep in contact with. Thanks to Desmond Rampersaud and Emma Truax for having me once again and I’ll see you next year.