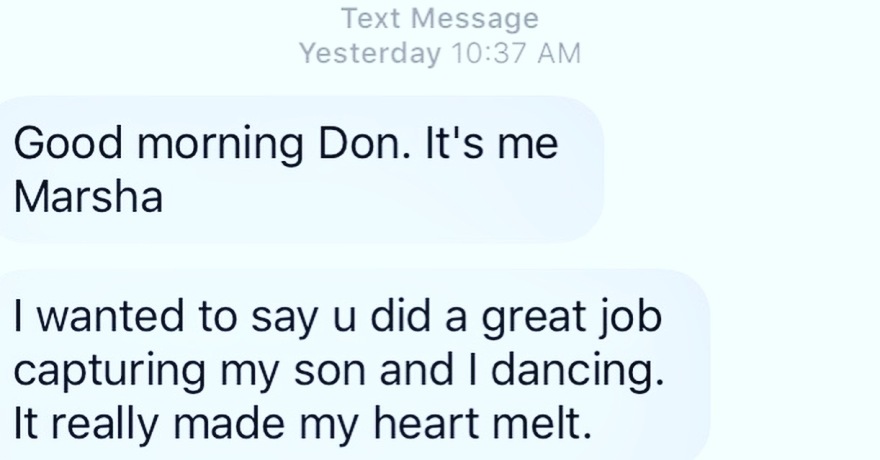 Just like everyone else, I have good days and bad days at work. Sometimes what I do doesn’t feel like work and sometimes it feels like I should quit and get a “real” job like my parents say sometimes.

Every once in a while, someone gives you some sort of encouragement that makes the struggle worth it.

I was having a bad weekend when I was on my way to an event last week. One of my flashes weren’t firing consistently and there was a dry ice machine that was making it difficult to get sharp images.

I saw my friend Marsha and she introduced me to her son. I said, “YOUR SON???” In shock because he was a grown man and she looks so young. But yes, it was her son and they both love to dance. It was so cool to see the contrast between old school and new school in terms of the styles of dance and the bond they have with music. I’ve never seen anything like that before. Mother and son dancing to the same music  in a mock battle similar to the classic movie “House Party “.

A week later, I received a text from Marsha thanking me for taking the pictures that I took of her and her son. I was pleasantly surprised. I was thinking the night was a disaster, but you never know that you could be making someone’s day with one photograph.

Messages like these make the journey worthwhile and push me to continue to improve behind the camera and in post production. Thank you